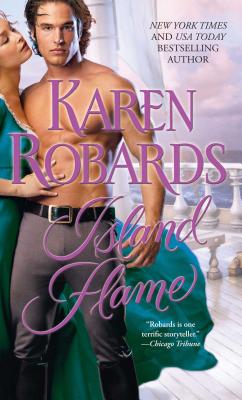 Lady Catherine Aldley was en route to London when pirates attacked her ship. Just in time, Captain Jonathan Hale rescued her from his own men, sweeping her into his arms, staking his claim on the pampered daughter of England's ambassador to Portugal. All Catherine had were her wits and the will to beat her captor at his own game. His searing kisses kindled unfamiliar passions, but she vowed to make him her prisoner of desire…

He was a legendary pirate, daring, triumphant, free. Jonathan Hale never took captives and always escaped--until he saw the headstrong beauty he couldn't leave behind. She was fire and ice, a lady outraged, a tigress in his arms. Cathy refused to be treated like chattel, yet yielded to his sensual invasion as she conquered his body and soul. She made loving truly dangerous, exposing his deepest fears--and his mutinous heart…

Karen Robards is the New York Times, USA TODAY, and Publishers Weekly bestselling author of more than fifty books and one novella. Karen published her first novel at age twenty-four and has won multiple awards throughout her career, including six Silver Pens for favorite author. Karen was described by The Daily Mail as “one of the most reliable thriller...writers in the world.” She is the mother of three boys and lives in Louisville, Kentucky.
or support indie stores by buying on
Copyright © 2020 American Booksellers Association