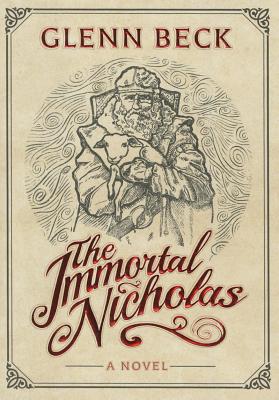 BEFORE HE WAS FATHER CHRISTMAS…HE WAS SIMPLY A FATHER.

Thirteen-time #1 national bestselling author Glenn Beck realized years ago that somewhere along the way, his four children had become more focused on Santa than the meaning of Christmas. No matter how he tried, he could not redirect their attention away from presents and elves to the manger instead.

Glenn didn't want to be the Grinch who spoiled the magic of Kris Kringle, so he had to find a unique way to turn his kids back toward the true meaning of Christmas. He decided the best place to start was by first turning Santa himself back toward Christ.

That was when one of America’s best storytellers began to craft a tale that would change everything his kids thought they knew about Santa—the incredible story he went on to tell them that Christmas Eve spans over a thousand years and explains the meaning behind the immortality and generosity of the man named Claus.

The Immortal Nicholas has now been expanded and reimagined into this novel for adults; a novel full of drama, history, legend, and heart. From the snowy mountains of Western Asia, to the deserts of Egypt, to Yemen’s elusive frankincense-bearing boswellia trees, this is an epic tale that gives the legend of Santa a long overdue Christ-centered mission.

In this novel, Glenn Beck fundamentally transforms the figure that the world now mainly associates with shopping, all while staying true to the real story of the baby who brought redemption and salvation to the entire world.

Glenn Beck, the nationally syndicated radio host and founder of TheBlaze television network, has written thirteen #1 bestselling books and is one of the few authors in history to have had #1 national bestsellers in the fiction, nonfiction, self-help, and children’s picture book genres. His recent fiction works include the thrillers Agenda 21, The Overton Window, and its sequel, The Eye of Moloch; his many nonfiction titles include Conform, Miracles and Massacres, Control, and Being George Washington. For more information about Glenn Beck, his books, and TheBlaze television network, visit GlennBeck.com and TheBlaze.com.
or support indie stores by buying on
Copyright © 2020 American Booksellers Association