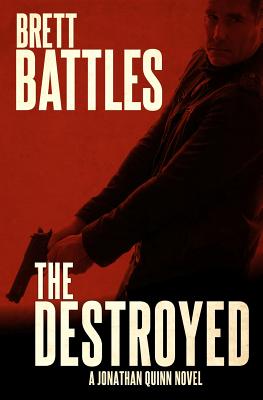 From Barry Award winning author Brett Battles comes the fifth thriller in the Jonathan Quinn series... Mila Voss is dead. That's what the team hired to terminate her had reported, and that's how her file had been marked. Dead. Six years now. So why did she suddenly show up on a hotel's security camera in Dar es Salaam, Tanzania? Those who'd paid for her elimination are more than a little curious. One person should know what happened-Jonathan Quinn, one of the best cleaners in the business, the man who'd been tasked with the disposal of her body. Only Quinn isn't exactly easy to get ahold of these days, and he may not be willing to share the answer.

Brett Battles is the author of over a dozen novels and several short stories. His second novel, THE DECEIVED (part of his Jonathan Quinn series), won the Barry Award for Best Thriller. He is one of the founding members of Killer Year, and is a member of International Thriller Writers. He lives and writes in Los Angeles. More info available at www.brettbattles.com.
Loading...
or
Not Currently Available for Direct Purchase