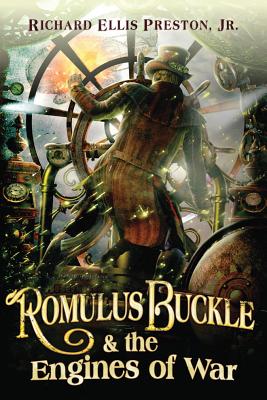 The frozen wasteland of Snow World--known as Southern California before an alien invasion decimated civilization--is home to warring steampunk clans. Crankshafts, Imperials, Tinskins, Brineboilers, and many more all battle one another for precious supplies, against ravenous mutant beasts for basic survival, and with the mysterious Founders for their very freedom.

Through this ruined world soars the Pneumatic Zeppelin, captained by the daring Romulus Buckle. In the wake of a nearly suicidal assault on the Founders' prison city to rescue key military leaders, both the steam-powered airship and its crew are bruised and battered. Yet there's little time for rest or repairs: Founders raids threaten to shatter the fragile alliance Buckle has risked everything to forge among the clans.

Even as he musters what seems a futile defense in the face of inevitable war, Buckle learns that the most mysterious clan of all is holding his long-lost sister in a secret base--and that she holds the ultimate key to victory over the Founders. But rescuing her means abandoning his allies and praying they survive long enough for there to be an alliance to return to.