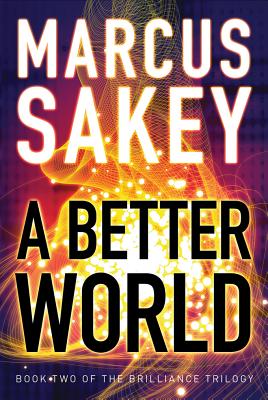 The highly-anticipated sequel to the Edgar nominated Brilliance

The brilliants changed everything.

Since 1980, 1% of the world has been born with gifts we'd only dreamed of. The ability to sense a person's most intimate secrets, or predict the stock market, or move virtually unseen. For thirty years the world has struggled with a growing divide between the exceptional...and the rest of us.

Nick Cooper has always fought to make the world better for his children. As both a brilliant and an advisor to the president of the United States, he's against everything the terrorists represent. But as America slides toward a devastating civil war, Cooper is forced to play a game he dares not lose--because his opponents have their own vision of a better world.

And to reach it, they're willing to burn this one down.

From Marcus Sakey, -the master of the mindful page turner- (Gillian Flynn) and -one of our best storytellers- (Michael Connelly), Book Two of The Brilliance Trilogy is a relentless thrill ride that will change the way you look at your world--and the people around you.