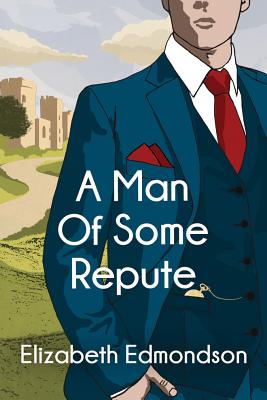 A Man of Some Repute (Very English Mystery #1)

Selchester Castle in 1953 sits quiet and near-empty, its corridors echoing with glories of the past.

Or so it seems to intelligence officer Hugo Hawksworth, wounded on a secret mission and now reluctantly assuming an altogether less perilous role at Selchester.

The Castle's faded grandeur hides a web of secrets and scandals--the Earl has been missing for seven years, lost without a trace since the night he left his guests and walked out into a blizzard.

When a skeleton is uncovered beneath the flagstones of the Old Chapel, the police produce a suspect and declare the case closed.

Hugo is not convinced. With the help of the spirited Freya Wryton, the Earl's niece, he is drawn back into active service, and the ancient town of Selchester is dragged into the intrigues and conspiracies of the Cold War era.

With a touch of Downton Abbey, a whisper of Agatha Christie and a nod to Le Carr , A Man of Some Repute is the first book in this delightfully classic and witty murder mystery series.