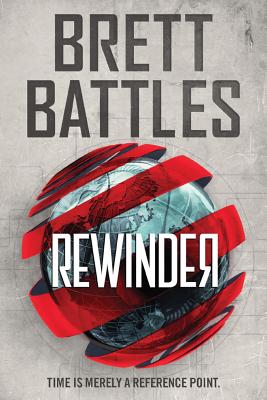 You will never read Denny Younger's name in any history book, but the world as you know it wouldn't be the same without him. Denny was born into one of the lowest rungs of society, but his bleak fortunes changed the day the mysterious Upjohn Institute recruited him. The role: "verifier of personal histories." The job title: Rewinder. After accepting the offer, Denny discovers he'll have to do his research in person...by traveling through time.

Using a device capable of opening a portal into any era from the past, Denny is sent back to serve as an eyewitness to significant moments in human history. But as he journeys across the centuries, he begins to suspect that his missions to "observe and report" have a much darker purpose. When a time jump drops Denny into the midst of a rebellion, he finds himself in over his head in a deadly game where even the smallest choices can have catastrophic consequences.

Armed only with his wits and his time-travel device, Denny's adventures take readers on a pulse-pounding journey of page-turning twists. But will everything he's got be enough?

Brett Battles is a Barry Award-winning author of over twenty novels, including the Jonathan Quinn series, the Logan Harper series, and the Project Eden series. He's also the coauthor, with Robert Gregory Browne, of the Alexandra Poe series. You can learn more at his website: brettbattles.com
Loading...
or support indie stores by buying on