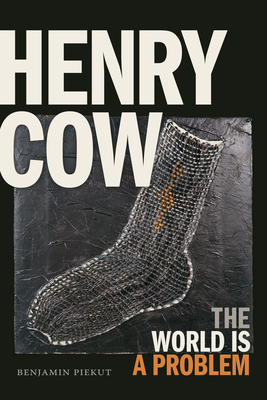 The World Is a Problem

In its open improvisations, lapidary lyrics, errant melodies, and relentless pursuit of spontaneity, the British experimental band Henry Cow pushed rock music to its limits. Its rotating personnel, sprung from rock, free jazz, and orchestral worlds, synthesized a distinct sound that troubled genre lines, and with this musical diversity came a mixed politics, including Maoism, communism, feminism, and Italian Marxism. In Henry Cow: The World Is a Problem Benjamin Piekut tells the band's story-from its founding in Cambridge in 1968 and later affiliation with Virgin Records to its demise ten years later-and analyzes its varied efforts to link aesthetics with politics. Drawing on ninety interviews with Henry Cow musicians and crew, letters, notebooks, scores, journals, and meeting notes, Piekut traces the group's pursuit of a political and musical collectivism, offering up its history as but one example of the vernacular avant-garde that emerged in the decades after World War II. Henry Cow's story resonates far beyond its inimitable music; it speaks to the avant-garde's unpredictable potential to transform the world.

Benjamin Piekut is Associate Professor of Music at Cornell University, author of Experimentalism Otherwise: The New York Avant-Garde and Its Limits, and editor of Tomorrow is the Question: New Directions in Experimental Music Studies.
Loading...
or support indie stores by buying on