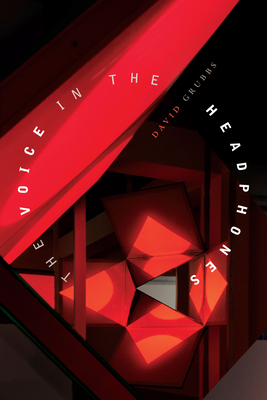 The voice in the headphones says, "you're rolling" . . . The Voice in the Headphones is an experiment in music writing in the form of a long poem centered on the culture of the recording studio. It describes in intricate, prismatic detail one marathon day in a recording studio during which an unnamed musician struggles to complete a film soundtrack. The book extends the form of Grubbs's previous volume Now that the audience is assembled, sharing its goal of musicalizing the language of writing about music. Mulling the insight that "studio is the absence of pushback"-now that no audience is assembled-The Voice in the Headphones details one musician's strategies for applying the requisite pressure to the proceedings, for making it count. The Voice in the Headphones is both a literary work and a meditation on sound recording, delivered at a moment in which the commercial recording studio shades into oblivion. It draws upon Grubbs's own history of several decades as a recording artist, and its location could be described as every studio in which he has set foot.

David Grubbs is Professor of Music at Brooklyn College and The Graduate Center, City University of New York, and author of Now that the audience is assembled and Records Ruin the Landscape: John Cage, the Sixties, and Sound Recording, both published by Duke University Press. As a musician, Grubbs has released fourteen solo albums and appeared on more than 190 commercially released recordings. He is known for his cross-disciplinary collaborations with poet Susan Howe and visual artists Anthony McCall and Angela Bulloch, and his work has been presented at the Museum of Modern Art, the Solomon R. Guggenheim Museum, the Tate Modern, and the Centre Pompidou.
Loading...
or support indie stores by buying on