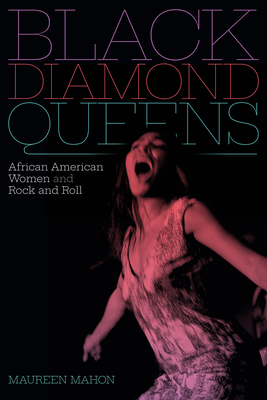 African American women have played a pivotal part in rock and roll--from laying its foundations and singing chart-topping hits to influencing some of the genre's most iconic acts. Despite this, black women's importance to the music's history has been diminished by narratives of rock as a mostly white male enterprise. In Black Diamond Queens, Maureen Mahon draws on recordings, press coverage, archival materials, and interviews to document the history of African American women in rock and roll between the 1950s and the 1980s. Mahon details the musical contributions and cultural impact of Big Mama Thornton, LaVern Baker, Betty Davis, Tina Turner, Merry Clayton, Labelle, the Shirelles, and others, demonstrating how dominant views of gender, race, sexuality, and genre affected their careers. By uncovering this hidden history of black women in rock and roll, Mahon reveals a powerful sonic legacy that continues to reverberate into the twenty-first century.

Maureen Mahon is Associate Professor of Music at New York University and author of Right To Rock: The Black Rock Coalition and the Cultural Politics of Race, also published by Duke University Press.
Loading...
or support indie stores by buying on