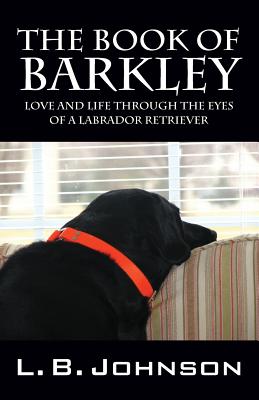 The Book of Barkley

Love and Life Through the Eyes of a Labrador Retriever

It is a story, not one of science, and one that may not be remembered past this one lifetime. It is the story of someone that did not know his destiny, but followed it with unfaltering step, bound to me, not by vows or paper, but in the name of the trust that was the best part of his nature. It is a story of the one that taught me to love, even as he occasionally barfed on my carpet. It is simply the tale of a black Labrador retriever named Barkley. It was the beginning I never anticipated; belief that there were no limits that made tragedy inevitable, a gentle nuzzle that made the walls fall away, and the pull of the leash into the day's infinitude. It was an ending I did not expect; a leash laid across the chair, an empty bed, a glass tipped over, spilling the blood of wine. The noise that empty rooms make is as clear as tears. In between, there are the stories, of friends, of joy and dog hair, of a small pink ball with feet known as Mr. Squeaky, which became my mortal enemy at dawn, as I tried to sleep. There are tales of the great "bacon incident" and how I know more about how to clean carpet than should be allowed by law. There are words that twist and turn in the shade of an ancient tree, a sonnet to an old dog, who lies between the bones of poets, to be unearthed as he releases me to remember. - From the Book of Barkley.

L.B. Johnson left her family home on the West Coast, where she once was fired as an elf at Santa's Workshop, to carve out careers as a jet pilot and federal agent. She and her husband live in the Midwest, in the house that Barkley built.
Loading...
or support indie stores by buying on