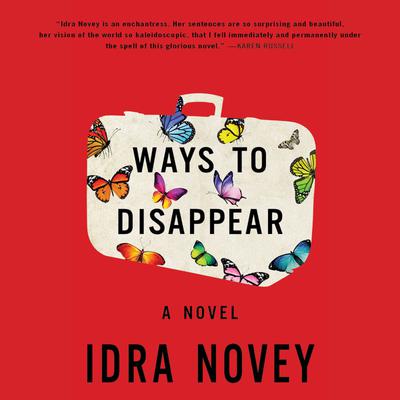 For fans of Robin Sloan's Mr. Penumbra's 24-Hour Bookstore and Maria Semple's Where'd You Go, Bernadette, an inventive, brilliant debut novel about the disappearance of a famous Brazilian novelist and the young translator who turns her life upside down to follow her author's trail.

Beatriz Yagoda was once one of Brazil's most celebrated authors. At the age of sixty, she is mostly forgotten-until one summer afternoon when she enters a park in Rio de Janeiro, climbs into an almond tree, and disappears.

When her devoted translator Emma hears the news in wintry Pittsburgh, she flies to the sticky heat of Rio. There she joins the author's son and daughter to solve the mystery of Yagoda's disappearance and satisfy the demands of the colorful characters left in her wake, including a loan shark with a debt to collect and the washed-up editor who launched Yagoda's career. What they discover is how much of her they never knew.

Exquisitely imagined and as profound as it is suspenseful, Ways to Disappear is at once a thrilling story of intrigue and a radiant novel of self-reckoning.

"An elegant page-turner....Charges forward with the momentum of a bullet."-New York Times Book Review

Idra Novey is an award-winning poet and translator. Born in western Pennsylvania, she has since lived in Chile, Brazil, and New York. The author of Exit, Civilian, selected for the 2011 National Poetry Series, Novey's poetry and fiction have been featured on NPR's All Things Considered, and in Slate, StoryQuarterly, The Paris Review, and Guernica. She currently teaches in the Creative Writing Program at Princeton University.