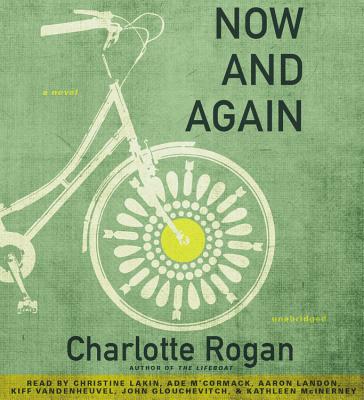 A provocative novel about the fallout from a search for truth by the author of the national bestseller The Lifeboat.

For Maggie Rayburn -- wife, mother, and secretary at a munitions plant -- life is pleasant, predictable, and, she assumes, secure. When she finds proof of a high-level cover-up on her boss's desk, she impulsively takes it, an act that turns her world, and her worldview, upside down. Propelled by a desire to do good -- and also by a newfound taste for excitement -- Maggie starts to see injustice everywhere. Soon her bottom drawer is filled with what she calls "evidence," her small town has turned against her, and she must decide how far she will go for the truth.

For Penn Sinclair -- Army Captain, Ivy League graduate, and reluctant heir to his family's fortune -- a hasty decision has disastrous results. Home from Iraq and eager to atone, he reunites with three survivors to expose the truth about the war. They launch a website that soon has people talking, but the more they expose, the cloudier their mission becomes.

Now and Again is a blazingly original novel about the interconnectedness of lives, the limits of knowledge, and the consequences of doing the right thing.

Praise For Now and Again…

PRAISE FOR NOW AND AGAIN:

"With consummate command of narrative, Charlotte Rogan nimbly brings together whistleblowers and soldiers in a damning--and page-turning--critique of America's military-industrial complex and its massive amount of collateral damage. It's the novel we deserve for the war we didn't."
—Teddy Wayne, author of The Love Song of Jonny Valentine and Kapitoil

"Now and Again is breathtaking in its scope and insight. With wit, humanity, and extraordinary clarity of vision, Rogan has found the uniting thread that weaves together contemporary American life. This is America from the ground up, full of ordinary people trying to make sense of their lives, driven by that brand of frontier idealism that might yet be out last best hope."
—Patrick Flanery, author of Absolution and Fallen Land

"An absorbing search for truth...no less exciting than her first...extremely topical...Rogan writes successfully, and forcefully, about experiences that are foreign until they feel familiar."
—Olivia Lowenberg, The Christian Science Monitor

"This sophomore novel from Rogan, who wrote the award-winning The Lifeboat, once again displays a strong, bright voice and an uncompromising command of storytelling."
—DuJour Magazine

"Has the same lasting power [as her debut, The Lifeboat]."
—Katherine A. Powers, Barnes & Noble Review

"Rogan's second novel...delineates the journey from outrage to action to doubt, contrasting mundane routines with the philosophical dilemmas of ordinary people."
—Publishers Weekly

"Rogan has an excellent grip of the necessary satisfactions of plot, and of both structure and character...She confidently and swiftly builds a complex, three-dimensional lattice of allegiance and fact."
—Aida Edemariam, The Guardian (US Edition)

"Rogan's debut novel, The Lifeboat, was a suspenseful, psychological survival story, and her new novel is just as harrowing, and even more complex."
—The Huffington Post

Charlotte Rogan studied architecture at Princeton University and worked for a large construction firm before turning to fiction. She is the author of The Lifeboat, which was translated into twenty-six language and nominated for the Guardian First Book Award and the International IMPAC Dublin Literary Award. After many years in Dallas and a year in Johannesburg, she now lives in Westport, Connecticut.
Loading...
or
Not Currently Available for Direct Purchase