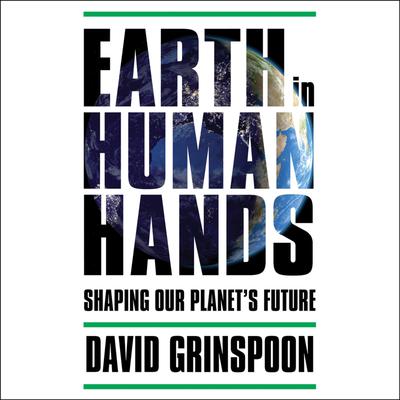 For the first time in Earth's history, our planet is experiencing a confluence of rapidly accelerating changes prompted by one species: humans. Climate change is only the most visible of the modifications we've made--up until this point, inadvertently--to the planet. And our current behavior threatens not only our own future but that of countless other creatures. By comparing Earth's story to those of other planets, astrobiologist David Grinspoon shows what a strange and novel development it is for a species to evolve to build machines, and ultimately, global societies with world-shaping influence. Without minimizing the challenges of the next century, Grinspoon suggests that our present moment is not only one of peril, but also great potential, especially when viewed from a 10,000-year perspective. Our species has surmounted the threat of extinction before, thanks to our innate ingenuity and ability to adapt, and there's every reason to believe we can do so again. Our challenge now is to awaken to our role as a force of planetary change, and to grow into this task. We must become graceful planetary engineers, conscious shapers of our environment and caretakers of Earth's biosphere. This is a perspective that begs us to ask not just what future do we want to avoid, but what do we seek to build? What kind of world do we want? Are humans the worst thing or the best thing to ever happen to our planet? Today we stand at a pivotal juncture, and the answer will depend on the choices we make.

Dr. David Grinspoon is a NASA astrobiologist, award-winning science communicator, and prize-winning author. In 2013 he was appointed the inaugural Chair of Astrobiology at the Library of Congress. He is a frequent advisor to NASA on space exploration strategy, and is on the team for the Curiosity Mars Rover. Grinspoon's writing has appeared in the New York Times, Slate, Scientific American, Seed, Boston Globe, and the Los Angeles Times.