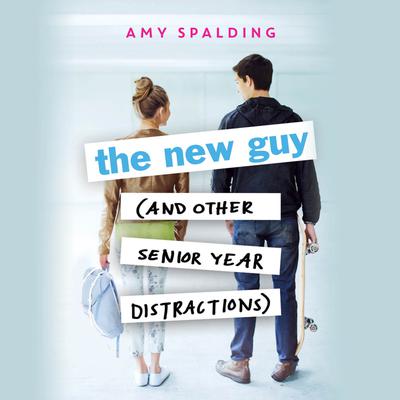 The New Guy (and Other Senior Year Distractions) (Digital Audiobook)

Filled with romance, rivalry, and passive-aggressive dog walking, Amy Spalding delivers a hilariously relatable story about how even the best-laid plans sometimes need to be rewritten.

Alex seems cool enough when he starts spending time with Jules. In fact, he turns out to be quite the romantic (not to mention a killer kisser). And after getting over the initial shock that someone like Alex might actually like like her, Jules accepts that having a boyfriend could be a nice addition to her packed schedule. That is, until Alex commits the ultimate betrayal, which threatens to ruin her high school career, and possibly her entire future.

Amy Spalding grew up in St. Louis, but now lives in the better weather of Los Angeles. She received a B.A. in Advertising & Marketing Communications from Webster University, an M.A. in Media Studies from The New School, and currently manages digital media planning for an advertising agency specializing in indie film. Amy studied longform improv at the Upright Citizens Brigade Theatre, and can be seen performing around L.A. Amy is also the author of Kissing Ted Callahan (and Other Guys), The Reece Malcolm List, and Ink Is Thicker than Water.