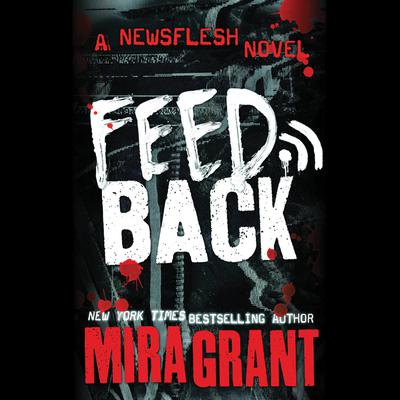 Feedback is a full-length Newsflesh novel that overlaps the events of the acclaimed first novel in the series, Feed, and offers a new entry point to this thrilling and treacherous world from New York Times bestseller Mira Grant.

Mira Grant lives in California, sleeps with a machete under her bed, and highly suggests you do the same. Mira Grant is the pseudonym of Seanan McGuire - winner of the 2010 John W. Campbell Award for best new writer. Find out more about the author at www.miragrant.com or follow her on twitter @seananmcguire.