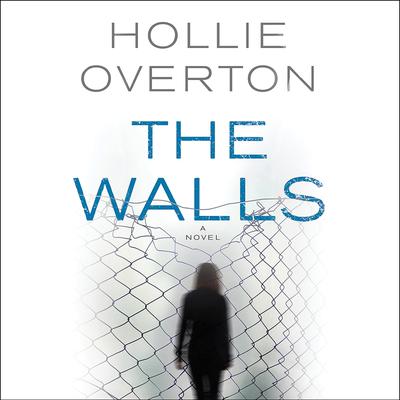 A heart-stopping psychological suspense novel about a Texas prison official driven to commit the perfect crime, by the author of the international bestselling thriller Baby Doll.

YOU WOULD DIE FOR YOUR FAMILY. WOULD YOU KILL FOR THEM?

Working on death row and raising her son as a single mom is tough. When Kristy Tucker meets and falls in love with handsome Lance Dobson, at last she can imagine a better future.

But after their wedding, her life becomes one of constant terror. And as Lance's violence escalates, Kristy must decide how far she will go to save herself -- and her son.

The Walls is a riveting thriller about domestic violence, murder, and one woman's desperate gambit to protect her family.

Debut author Hollie Overton was raised by her single mother, and Hollie -- an identical twin herself -- draws on her unique childhood experiences for her first novel, Baby Doll. Overton's father was a member of the notorious Overton gang in Austin, Texas, and spent several years in prison for manslaughter. Hollie is a television writer and resides in Los Angeles.