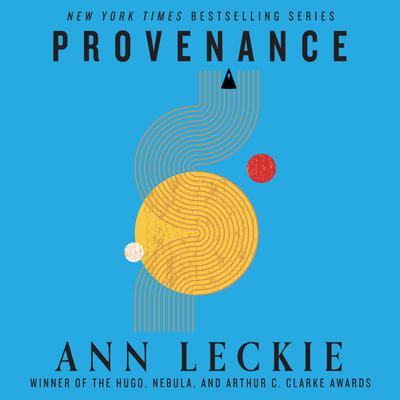 Ann Leckie returns to the world of her record-breaking Imperial Radch trilogy, which won the Hugo, Nebula, and Arthur C. Clarke Awards, with an enthralling novel of power, privilege, and birthright.

A power-driven young woman has just one chance to secure the status she craves and regain priceless lost artifacts prized by her people. She must free their thief from a prison planet from which no one has ever returned.

Ingray and her charge will return to her home world to find their planet in political turmoil, at the heart of an escalating interstellar conflict. Together, they must make a new plan to salvage Ingray's future, her family, and her world, before they are lost to her for good.

For more from Ann Leckie, check out:

Ann Leckie is the author of the Hugo, Nebula, Arthur C. Clarke, and British Science Fiction Award-winning novel Ancillary Justice, and its Locus Award-winning sequel Ancillary Sword. She has also published short stories in Subterranean Magazine, Strange Horizons, and Realms of Fantasy. Her story "Hesperia and Glory" was reprinted in Science Fiction: The Best of the Year, 2007 Edition edited by Rich Horton.

Ann has worked as a waitress, a receptionist, a rodman on a land-surveying crew, and a recording engineer. She lives in St. Louis, Missouri.