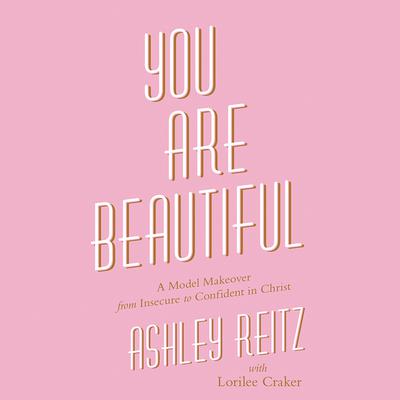 You Are Beautiful (Digital Audiobook)


After attending beauty school in Grand Rapids, MI, Ashley Reitz was offered a contract with Elite Model Management in Chicago, which quickly led to opportunities to work with other top agencies and clients as an international model. Her position as a "curve model" has given her a platform to promote a healthy body image to young women at conferences and through other venues. She has functioned as an ambassador for a popular movement called Healthy Is the New Skinny and has been on the board for Miss SW Florida USA. Ashley has appeared in the pages of major magazines such as Seventeen and in national ad campaigns for Avon, Saks Fifth Avenue, and David's Bridal. In May 2016 Ashley joined the cast of Mark Burnett's new reality dating show "Coupled" (Fox), quickly becoming a fan favorite along with her "match" B.T. Her greatest passion is speaking to young women about self-worth, identity, beauty, dating, purity, and the joy that only comes from knowing Christ.

Lorilee Craker is the author of 13 books, including Anne of Green Gables, My Daughter and Me (2015, Tyndale); the CBA and ECPA bestseller My Journey to Heaven, written with Marv Besteman (Revell, 2012); Money Secrets of the Amish (Thomas Nelson, 2011); A is for Atticus: Baby Names from Great Books (Hachette, 2008), featured in People magazine; and the New York Times bestseller Through the Storm with Lynne Spears (Thomas Nelson, 2008). In June 2012 she was nominated for an Audie Award for best audio book in the personal development category.