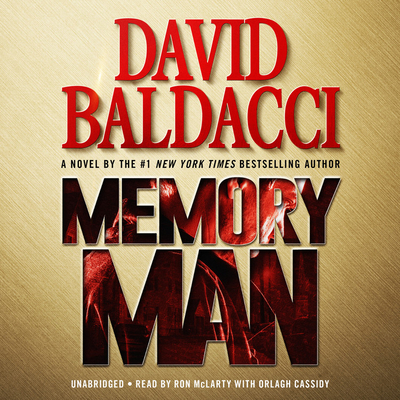 "David Baldacci has written another thriller that will have readers engaged from the first page....Baldacci is a master storyteller...MEMORY MAN works because Amos Decker is an amazing character. Reading how Decker journeys from hitting rock bottom to finding ultimate redemption is nothing short of rewarding."

"Perennial bestseller Baldacci unveils an offbeat hero with an unusual skill set and tragic past who takes on the evil mastermind behind a devastating school shooting..[Decker] proves a quirky, original antihero with a definite method to his madness...Readers will want to see Decker back on the printed page again and again."

"It's big, bold and almost impossible to put down...Decker is one of the most unusual detectives any novelist has dreamed up...I called this novel a master class on the bestseller because of its fast-moving narrative, the originality of its hero and its irresistible plot....Highly entertaining."
—Washington Post

"[A] strong first in a new thriller series from bestseller Baldacci....Baldacci supplies a multitude of clever touches as his wounded bear of a detective takes on a most ingenious enemy."

"Baldacci weaves a suspenseful story right up to the climactic face-off between these complex and compelling characters. Highly recommended for all thriller fans who love elusive, taunting criminals and the slightly bent but always determined detectives who pursue them."

"Baldacci's novels always have an emotional component...But MEMORY MAN stands out among his thrillers for its deeply felt - and earned - sense of catharsis and healing...Baldacci's last few books have been among his best, and it's a pleasure to see him produce emotionally and dramatically intense work at the height of his maturity as a novelist."
—Richmond Times-Dispatch