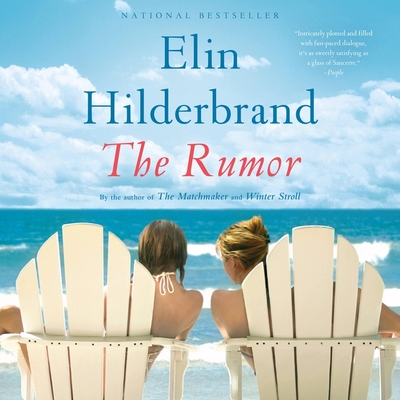 Nantucket writer Madeline King has a new novel coming out, The Rumor, and it's got bestseller potential. But Madeline is terrified, because in her desperation to revive her career, she's done the unthinkable: The Rumor reveals the truth behind an actual affair involving her best friend, Grace.

And that's not the only strain on Madeline and Grace's friendship; one fateful night, the two women argue, voicing jealousies and resentments that have built for twenty years. Bereft of each other, they get caught in the snares of a mysterious and destructive stranger. Their fate hinges on The Rumor-and the secret it reveals.

The Rumor is an irresistible novel about the power of gossip to change the course of events and the desire of people to find their way back to what really matters.