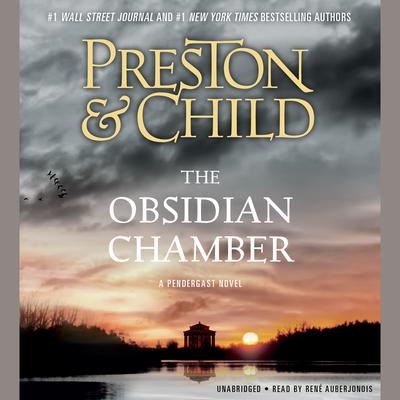 A TRAGIC DISAPPEARANCE
After a harrowing, otherworldly confrontation on the shores of Exmouth, Massachussetts, Special Agent A.X.L. Pendergast is missing, presumed dead.
A SHOCKING RETURN
Sick with grief, Pendergast's ward, Constance, retreats to her chambers beneath the family mansion at 891 Riverside Drive--only to be taken captive by a shadowy figure from the past.
AN INTERNATIONAL MANHUNT
Proctor, Pendergast's longtime bodyguard, springs to action, chasing Constance's kidnapper through cities, across oceans, and into wastelands unknown.
BUT IN A WORLD OF BLACK AND WHITE, NOTHING IS AS IT SEEMS
And by the time Proctor discovers the truth, a terrifying engine has stirred-and it may already be too late . . .

The thrillers of Douglas Preston and Lincoln Child "stand head and shoulders above their rivals" (Publishers Weekly). Preston and Child's Relic and The Cabinet of Curiosities were chosen by readers in a National Public Radio poll as being among the one hundred greatest thrillers ever written, and Relic was made into a number-one box office hit movie. They are coauthors of the famed Pendergast series and their recent novels include Fever Dream, Cold Vengeance, Two Graves, and Gideon's Corpse. In addition to his novels, Preston writes about archaeology for the New Yorker and Smithsonian magazines. Lincoln Child is a former book editor who has published five novels of his own, including the huge bestseller Deep Storm.


Readers can sign up for The Pendergast File, a monthly "strangely entertaining note" from the authors, at their website, www.PrestonChild.com. The authors welcome visitors to their alarmingly active Facebook page, where they post regularly.