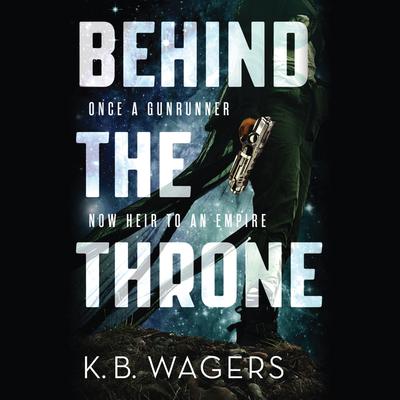 Behind the Throne (The Indranan War) (Digital Audiobook)

Behind the Throne begins K. B. Wagers's action-packed science fiction adventure, with a heroine as rebellious as Han Solo, as savvy as Leia, and as skilled as Rey.

Hail Bristol has made a name for herself as one of the most fearsome gunrunners in the galaxy. But she can't escape her past forever: twenty years ago, she was a runaway princess of the Indranan Empire. Now, her mother's people have finally come to bring her home.

But when Hail is dragged back to her Indrana to take her rightful place as the only remaining heir, she finds that trading her ship for a palace is her most dangerous move yet.

In a world where the only safe options are fight or flight, Hail must rule.

K.B. Wagers has a bachelor's degree in Russian Studies and her non-fiction writing has earned her two Air Force Space Command media contest awards. A native of Colorado, she lives at the base of the Rocky Mountains with her husband and stepson. In between books, she can be found playing in the mud, running on trails, dancing to music, and scribbling on spare bits of paper.