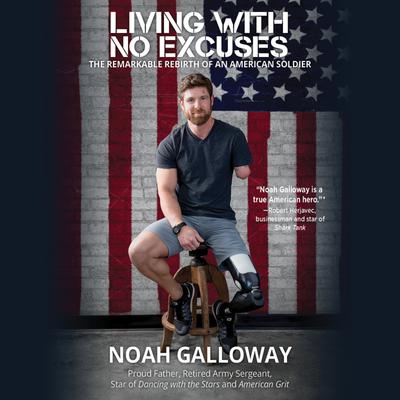 Living with No Excuses (Digital Audiobook)

Sergeant NOAH GALLOWAY was assigned to the 1st of the 502nd Infantry of the 101st Airborne Division during Operation Iraqi Freedom. Three months into his second tour of duty, he experienced a life changing injury-- losing his left arm above the elbow and left leg above the knee in an Improvised Explosive Device attack. After a long stint in recovery and rehabilitation, Noah became a motivational speaker and fitness activist. A father of three, Noah currently resides in Alabaster, Alabama.