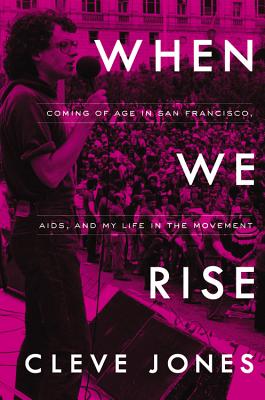 When We Rise Lib/E (Compact Disc)

By Cleve Jones (Read by)

From longtime activist Cleve Jones, here is a sweeping, beautifully written memoir about a full and remarkable American life. Jones brings to life the magnetic spell cast by 1970s San Francisco, the drama and heartbreak of the AIDS crisis and the vibrant generation of gay men lost to it, and his activist work on labor, immigration, and gay rights, which continues today.

Born in 1954, Cleve Jones was among the last generation of gay Americans who grew up wondering if there were others out there like himself. There were. As did thousands of young gay people, Jones moved to San Francisco in the early '70s, nearly penniless, finding a city electrified by progressive politics and sexual liberation. Jones met lovers, developed intense friendships, and found his calling in the movement.

Jones dove into politics and activism, taking an internship in the office of San Francisco supervisor Harvey Milk, who became Jones' mentor before his murder in 1978. With the advent of the AIDS crisis in the early '80s, Jones emerged as one of the gay community's most outspoken leaders. He cofounded the San Francisco AIDS Foundation and, later, the AIDS Memorial Quilt, one of the largest public art projects in history.