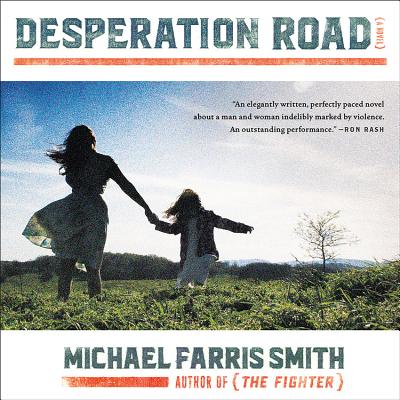 For eleven years the clock has been ticking for Russell Gaines as he sat in Parchman Penitentiary in the Mississippi Delta. His sentence is now up for manslaughter, and he believes his debt has been paid. But when he returns to his South Mississippi hometown, he faces blood-thirsty revenge. Larry and Walt, older brothers of the young man Russell killed so many years ago, have had the calendar marked. They greet Russell the instant he steps off the bus with hard fists and dire promises.On the same day that Russell comes back, a homeless woman named Maben and her young daughter trudge along the side of the interstate under the punishing summer sun. Desperate and exhausted, the pair spends their last dollar on a room for the night, a night that ends with Maben running down a desolate back road holding a pistol, and a dead deputy sprawled across the asphalt. When Russell later rides up on the scene with the loaded shotgun he's gotten for protection tucked behind the seat of his father's truck, the eyes of the law can't help but look toward him. Along these dark back roads, lives twisted with regret intersect with violent and vengeful consequences as the differences between right and strong shift like the southern sky. Desperation Road, written in powerful and lyrical prose, is a story of troubled souls bound by a secret that stretches over the years and across the land.
or
Not Currently Available for Direct Purchase
Copyright © 2020 American Booksellers Association