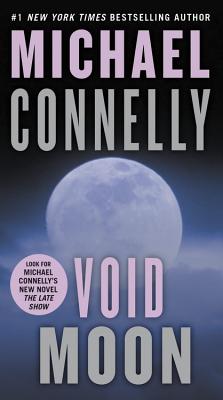 In L.A. Cassie Black is another beautiful woman in a Porsche: except Cassie just did six years in prison and still has "outlaw juice" flowing in her veins. Now Cassie is returning to her old profession, taking down a money man in Vegas. But the perfect heist goes very wrong, and suddenly Cassie is on the run--with a near-psychotic Vegas "fixer" killing everyone who knew about the job.

Between Cassie and the man hunting her are a few last secrets: like who really set up the job, why Cassie had to take the change, and how, in the end, it might all be a matter of the moon...

"Michael Connelly is one of those masters...who can keep driving the story in runaway locomotive style."
—USA Today

"The best mystery writer in the world."
—GQ

"Connelly is raising the hard-boiled detective novel to a new level...adding substance and depth to modern crime fiction."
—Boston Globe

Michael Connelly is the author of twenty-nine novels, including #1 New York Times bestsellers The Wrong Side of Goodbye and The Crossing. His books, which include the Harry Bosch series and Lincoln Lawyer series, have sold more than sixty million copies worldwide. Connelly is a former newspaper reporter who has won numerous awards for his journalism and his novels and is the executive producer of BOSCH, starring Titus Welliver. He spends his time in California and Florida.
Loading...
or support indie stores by buying on