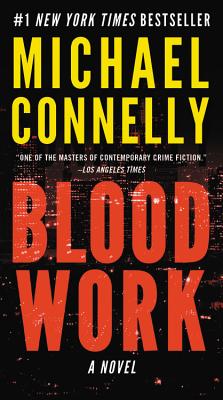 From the #1 bestselling author of the Harry Bosch and the Lincoln Lawyer series and who "is the master of the universe in which he lives" (Huffington Post), comes the gripping novel that inspired the film starring Clint Eastwood.

When Graciella Rivers steps onto his boat, ex-FBI agent Terrell McCaleb has no idea he's about to come out of retirement. He's recuperating from a heart transplant and avoiding anything stressful. But when Graciella tells him the way her sister, Gloria, was murdered, Terry realizes he has no choice. Now the man with the new heart vows to take down a predator without a soul. For Gloria's killer shatters every rule that McCaleb ever learned in his years with the Bureau-as McCaleb gets no more second chances at life...and just one shot at the truth.

"Connelly is so good... How beautifully he strews the faulty suppositions, the flawed conclusions, the false bottoms."

"It's impossible for Connelly to tell a bad story."
—The Arizona Republic

Michael Connelly is the author of thirty-two novels, including #1 New York Times bestsellers Dark Sacred Night, Two Kinds of Truth, and The Late Show. His books, which include the Harry Bosch series, the Lincoln Lawyer series, and the Renee Ballard series, have sold more than seventy-four million copies worldwide. Connelly is the creator and host of the Murder Book true-crime podcast and is the executive producer of the Amazon Studios original series Bosch, starring Titus Welliver. A former newspaper reporter, he has won numerous awards for his journalism and his novels. He spends his time in California and Florida.
Loading...
or support indie stores by buying on