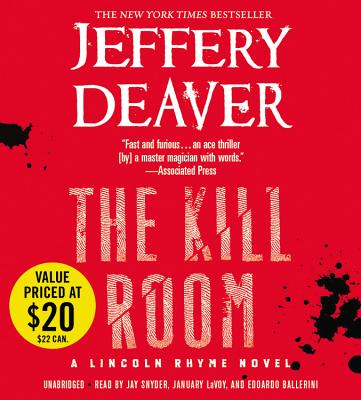 A US citizen in the Bahamas is shot by a sniper par excellence-a man capable of delivering a million dollar bullet into the heart of his targets, a mile or more away. The investigation reveals that the victim, Robert Moreno, a man known to have strong anti-American sympathies, was assassinated by the US government. New York assistant district attorney Nance Laurel, unwilling to let the government get away with ignoring the rule of law, brings a criminal case against both the director of the National Intelligence and Operations Service (NIOS), who ordered the killing, and the sniper himself. Assigned the job of investigating the killing, Lincoln Rhyme, aided by his partner Amelia Sachs and his regular crew of associates, takes on the controversial case. But the director of NIOS learns of the investigation and takes steps to derail it. One of the eeriest villains in recent fiction, Jacob Ohnley, takes on the task of eliminating witnesses and stopping Laurel, Rhyme, and Sachs, using his favorite companion, a unique and deadly knife he reveres more than most people.