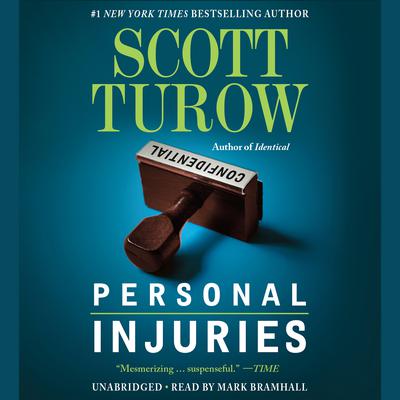 Scott Turow is a writer and attorney. He is the author of eight best-selling novels: Innocent (2010), Presumed Innocent (1987), The Burden of Proof (1990), Pleading Guilty (1993), The Laws of Our Fathers (1996), Personal Injuries (1999), Reversible Errors (2002) and Ordinary Heroes (2005). A novella, Limitations, was published as a paperback original in November 2006 by Picador following its serialization in The New York Times Magazine. His works of non-fiction include One L (1977) about his experience as a law student, and Ultimate Punishment (2003), a reflection on the death penalty. He frequently contributes essays and op-ed pieces to publications such as The New York Times, Washington Post, Vanity Fair, The New Yorker, Playboy and The Atlantic. Mr. Turow's books have won a number of literary awards, including the Heartland Prize in 2003 for Reversible Errors and the Robert F. Kennedy Book Award in 2004 for Ultimate Punishment and Time Magazine's Best Work of Fiction, 1999 for Personal Injuries. His books have been translated into more than 25 languages, sold more than 25 million copies world-wide and have been adapted into one full length film and two television miniseries.