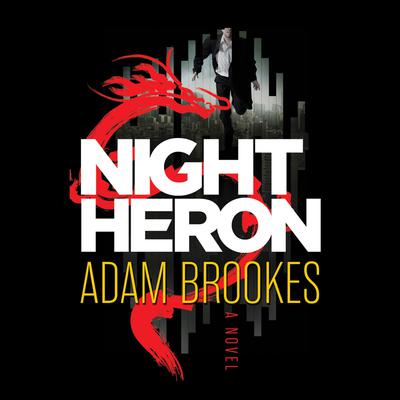 Set in China, and ripped from today's headlines, comes a pulse-pounding debut that reinvents the spy thriller for the 21st century.
A lone man, Peanut, escapes a labor camp in the dead of night, fleeing across the winter desert of north-west China.
Two decades earlier, he was a spy for the British; now Peanut must disappear on Beijing's surveillance-blanketed streets. Desperate and ruthless, he reaches out to his one-time MI6 paymasters via crusading journalist Philip Mangan, offering military secrets in return for extraction.
But the secrets prove more valuable than Peanut or Mangan could ever have known... and not only to the British.

Adam Brookes has been a foreign correspondent for many years, reporting for the BBC from China, Indonesia, and the United States. Assignments also took him to Afghanistan, Iraq, Mongolia, North Korea, and numerous other countries around the globe. Night Heron is his first novel, and draws on his life in journalism, his years in China, and his efforts to understand something of what goes on in the world of intelligence.