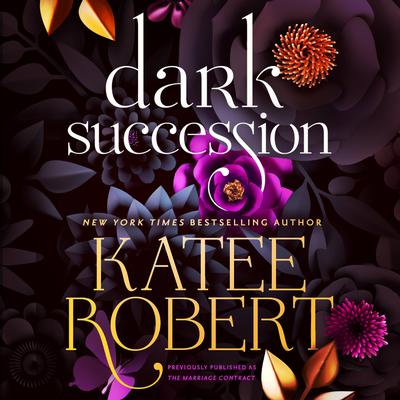 Teague O'Malley hates pretty much everything associated with his family's name. And when his father orders him to marry Callista Sheridan to create a "business" alliance, Teague's ready to tell his dad exactly where he can stuff his millions. But then Teague actually meets his new fiancee, sees the bruises on her neck and the fight still left in her big blue eyes, and vows he will do everything in his power to protect her.

Everyone knows the O'Malleys have a dangerous reputation. But Callie wasn't aware just what that meant until she saw Teague, the embodiment of lethal grace and coiled power. His slightest touch sizzles through her. But the closer they get, the more trouble they're in. Because Callie's keeping a dark secret-and what Teague doesn't know could get him killed.

Katee Robert learned to tell stories at her grandpa's knee. Her favorites then were the rather epic adventures of The Three Bears, but at age twelve she discovered romance novels and never looked back.


Though she dabbled in writing, life got in the way-as it often does-and she spent a few years traveling, living in both Philadelphia and Germany. In between traveling and raising her two wee ones, she had the crazy idea that she'd like to write a book and try to get published.

Her first novel was an epic fantasy that, God willing, will never see the light of day. From there, she dabbled in YA and horror, before finally finding romance. Because, really, who wouldn't want to write entire books about the smoking-hot relationships between two people?

She now spends her time-when not lost in Far Reach worlds-playing imaginary games with her wee ones, writing, ogling men, and planning for the inevitable zombie apocalypse.