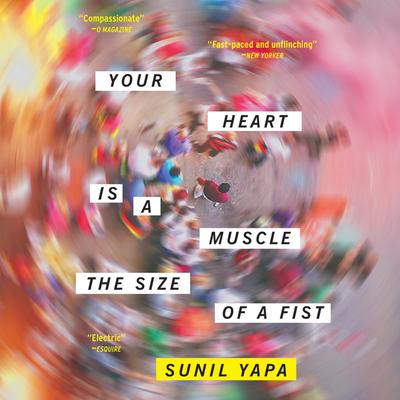 “Yapa's debut novel is a raw orchestra of voices needing to be heard. Bringing to life the 1999 World Trade Organization protests in Seattle, all those present are both dedicated and at a loss: the organizers and protesters, the police and their chief, the delegates and politicians, and the young unintended participant who is searching for meaning, purpose, and hope amid the brutality. From the personal to the political, within a single fraught day the whole world is blown wide open. Yapa has captured the chaos -- and the beauty -- with both fierceness and heart.”
— Melinda Powers (E), Bookshop Santa Cruz, Santa Cruz, CA
View the List

A Finalist for the PEN/ Faulkner Award

Grief-stricken after his mother's death and three years of wandering the world, Victor is longing for a family and a sense of purpose. He believes he's found both when he returns home to Seattle only to be swept up in a massive protest. With young, biracial Victor o one side of the barricades and his estranged father--the white chief of police--on the opposite, the day descends into chaos, capturing in its confusion the activists, police, bystanders, and citizens from all around the world who'd arrived that day brimming with hope. By the day's end, they have all committed acts they never thought possible.

As heartbreaking as it is pulse-pounding, Yapa's virtuosic debut asks profound questions about the power of empathy in our hyper-connected modern world, and the limits of compassion, all while exploring how far we must go for family, for justice, and for love.