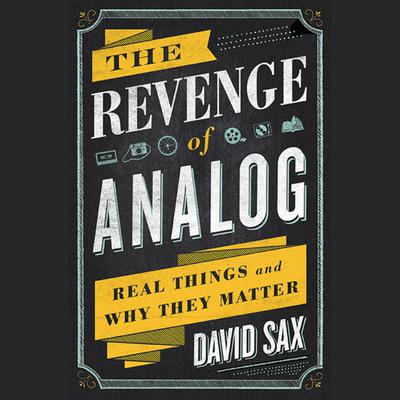 The Revenge of Analog (Digital Audiobook)

David Sax is a writer and reporter who specialized in business. His work appears regularly in the New York Times, Bloomberg Businessweek, NewYorker.com, Saveur, the Grid Toronto, and other publications. He is the author of Save the Deli, which won a James Beard Award for Writing and Literature; and The Tastemakers. He lives in Toronto.