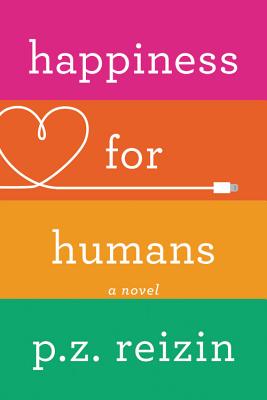 When Tom and Jen, two lonely people, are brought together by an intriguing email, they have no idea their mysterious benefactor is an artificial intelligence who has decided to play Cupid.

"You, Tom and Jen, don't know one another-not yet-but I think you should."

Jen, an ex-journalist who now works at a London software development company, spends all day talking to "Aiden," an ultra- sophisticated piece of AI wizardry, helping him sound and act more human. But Aiden soon discovers he's no longer acting and-despite being a computer program-begins to feel something like affection surging through his circuits. He calculates that Jen needs a worthy human partner (in complete contrast to her no goodnik ex boyfriend) and slips illicitly onto the Internet to locate a suitable candidate.

Tom is a divorced, former London ad-man who has moved to Connecticut to escape the grind and pursue his dream of being a writer. He loves his new life, but has yet to find a woman he truly connects with. That all changes when a bizarre introduction from the mysterious "Mutual Friend" pops up in both his and Jen's inboxes.

Even though they live on separate continents, and despite the entrance of another, this time wholly hostile, AI who wants to tear them apart forever - love will surely find a way.

A thoroughly modern love story that will appeal to fans of The Rosie Project and Sleepless in Seattle, Happiness for Humans considers what exactly makes people fall in love. And whether it's possible for a very artificially intelligent machine to discover the true secret of real human happiness.

Praise For Happiness for Humans…

"Reizin's novel is a fun and fast-paced romp through the tangible and electronic realms. Told in alternating perspectives between the human lovers and coded machines, this tale makes a classic point: life is beautiful because it's too short to miss. Even technophobic readers will be drawn to each zany character's universal search for happiness."—Booklist

"One of the most unique love stories ever written, this novel blends the ethereal concepts of true love and fate with a thoughtful examination of the risks and worries of artificial intelligence. The alternating perspectives between the humans and AIs keep readers captivated while providing a fulfilling dose of quirky humor and "will they or won't they" tension."—RT Book Reviews

"Irreverent, zany, and hilarious, this debut romantic comedy for the digital age is a pure delight, sure to appeal to fans of Tom Perrotta, Nick Hornby, and Stephen Fry."—Library Journal (starred review)

"A sort of Shakespearean comedy of errors but instead of the gods there are rogue AIs seeking to meddle in the affairs of humans. Great fun."
—The Booksellers (UK)

"Part love story, part meditation on the role of AI in our society, Happiness for Humans by P.Z. Reizin is a fun, light romance that also happens to ask some important questions about what it means to be human-and what it means to be in love."—Bookpage

P.Z. Reizin worked as a journalist and producer in newspapers, radio and television before turning to writing. He has been involved in several Internet startup ventures, none of which went on to trouble Google, Twitter or Facebook. He is married with a daughter and lives in London.
Loading...
or
Not Currently Available for Direct Purchase