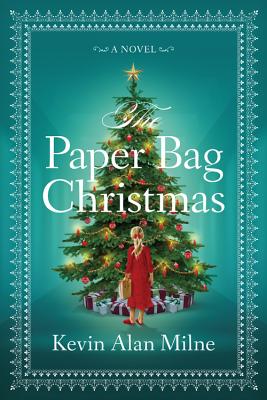 When Molar Alan and his older brother, Aaron, fill out their Christmas wish lists front and back, the Santa at the mall informs the boys they won't be getting anything they asked for. Instead, he says, they will receive everything they never wanted. This isn't your garden-variety Santa, he's Dr. Chris Ringle, a pediatric oncologist, and he enlists the brothers as Santa's elves at the children's ward for the holidays. Each boy is charged with a very special assignment. Aaron will befriend Madhu, a fast-talking boy on an organ transplant list who, though not Christian, has an insatiable curiosity and wants to learn all about the holiday. Madhu is determined to be a wise man in the hospital pageant, despite the objections to his interpretation of the role. Molar's task is considerably harder, as he attempts to help a lonely little girl named Katrina. Katrina's surgery has left her scarred, and she has shut herself away from everyone. But it is through her that the true spirit of Christmas will touch the lives of all those around her in a way none of them would have foreseen.

Kevin Alan Milne is the author of The Paper Bag Christmas, The Nine Lessons, Sweet Misfortune, The Final Note, and One Good Thing. His work has been translated into fifteen languages. Milne grew up in the quiet country town of Sherwood, Oregon, where he currently resides with his wife and five children.

Praise For The Paper Bag Christmas: A Novel…

"The Paper Bag Christmas is one of the most inspiring and emotionally endearing books I've ever read."—Shirley Howard, President, The Children's Cancer Foundation

"The Paper Bag Christmas is the rare kind of story that makes your eyes teary while your heart smiles. I was truly moved."—Jason Wright, 'New York Times' bestselling author of 'Christmas Jars' and 'The Wednesday Letters'

"Milne's debut novel is the epitome of the true meaning of Christmas. It's an inspiring tale filled with heartfelt characters that will move readers to view Christmas in a whole new light."—Leslie L. McKee, Romantic Times

"The story is unexpectedly heartwarming...delivering his warm fuzzies and dashes of Christmas hope and magic."—Publishers Weekly

"[T]he book is just right for a family reading-aloud project . . .Milne also provides an . . .unforgettable story, forcing us to believe in all of his characters . . .and in something more."—Lubbock Avalanche-Journal

"This is a small book in size but the message it sends is so big-this book points out the true meaning of Christmas."—American Chronicle