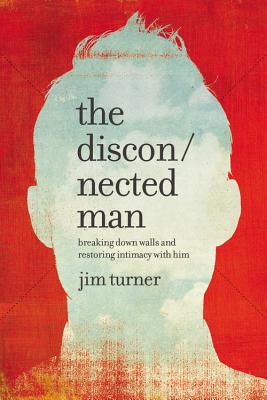 Breaking Down Walls and Restoring Intimacy with Him

The Disconnected Man tracks the journey of one man's surprise discovery of his own disconnectedness and his desire to help other men, and the women who love them, before it is too late.

Disconnected men hide out in plain view: in our churches, in our families and in our communities. They are competent, capable men who quietly 'do their duty' and attract little attention. They are fairly happy guys, relatively unemotional and capable of carrying heavy loads of responsibility, but are very difficult to get to know beyond superficial friendship. A closer examination inside their marriages reveals a desert strewn with emotionally emaciated spouses. While their competence may build the church, organize a group, or run a company, they haven't the slightest notion how to connect intimately with those they love. Their wives suffer, usually in silence, while the church and culture press past this couple secretly falling apart.

Jim Turner was that disconnected man going about his life, happily fulfilling his duty within his own self-protective bubble, until God suddenly burst it in a most horrific way. His story starts when that devastation left him clinging precariously to the remaining shreds of his broken marriage. Jim longs to share with other disconnected men what he learned through that ordeal, to help them understand their disobedience and show how they can achieve real connection with those they love.

Jim Turner has been in youth or pastoral ministry for over twenty-five years and has personally experienced the pain and damage caused by disconnection. He is divorced as a direct result of his former disconnection, father of four incredible young adults, and now remarried and living in the delight of being truly connected with his wife. He has individually fought the battle to overcome disconnection and has entered into rich and fruitful relationships that reflect the commands of Christ for intimacy with Him and His followers. He "gets it" now and wants everyone else to join him!

Jim is also the author of So-Called Christian, and coauthor of the discipleme discipleship workbooks (and soon to be released app) based on the need for disciple leaders to develop connected relationships with disciples rather than simply teaching them lessons.

Jim, his wife Tanya, and their blended family of ten children (only seven still at home!) live in the beautiful Pacific Northwest. They enjoy music, theater, beach trips, great food, entertaining friends and family, and most of all being together!
Loading...
or support indie stores by buying on