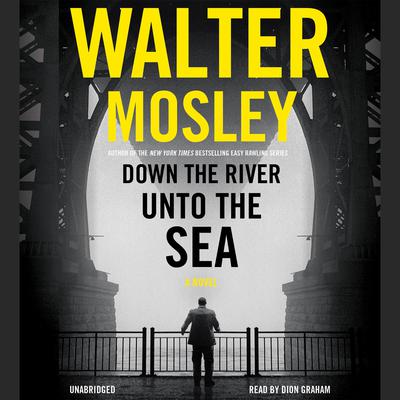 Down the River unto the Sea (Digital Audiobook)

Winner of the Edgar Award for Best Novel of the Year: bestselling author Walter Mosley "is back with a whole new character to love...As gorgeous a novel as anything he's ever written" (Washington Post).

Joe King Oliver was one of the NYPD's finest investigators until he was framed for sexual assault by unknown enemies within the force. A decade has passed since his release from Rikers, and he now runs a private detective agency with the help of his teenage daughter. Physically and emotionally broken by the brutality he suffered while behind bars, King leads a solitary life, his work and his daughter the only lights. When he receives a letter from his accuser confessing that she was paid to frame him years ago, King decides to find out who wanted him gone and why.

On a quest for the justice he was denied, King agrees to help a radical black journalist accused of killing two on-duty police officers. Their cases intertwine across the years and expose a pattern of corruption and brutality wielded against the black men, women, and children whose lives the law destroyed. All the while, two lives hang in the balance: King's client's and his own.

"A wild ride that delivers hard-boiled satisfaction while toying with our prejudices and preconceptions." —Steph Cha, Los Angeles Times

Walter Mosley is one of America's most celebrated and beloved writers. A Grand Master of the Mystery Writers of America, he has won numerous awards, including the Anisfield-Wolf Award, a Grammy, a PEN USA's Lifetime Achievement Award, and several NAACP Image awards. His books have been translated into more than twenty languages. His short fiction has appeared in a wide array of publications, including The New Yorker, GQ, Esquire, Los Angeles Times Magazine, and Playboy, and his nonfiction has been published in The New York Times Book Review, The New York Times Magazine, Newsweek, and The Nation. He is the author of the acclaimed Easy Rawlins series, including most recently Charcoal Joe. He lives in New York City.