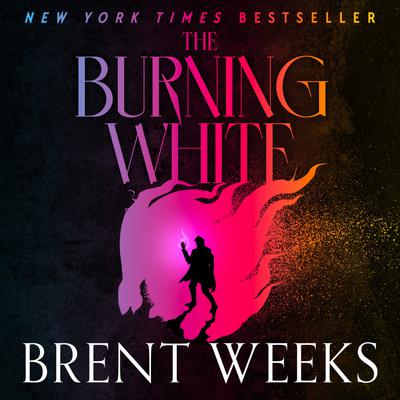 In this stunning conclusion to the epic New York Timesbestselling Lightbringer series, kingdoms clash as Kip struggles to escape his family's shadow in order to protect the land and people he loves.
Gavin Guile, once the most powerful man the world had ever seen, has been laid low. He's lost his magic, and now he is on a suicide mission. Failure will condemn the woman he loves. Success will condemn his entire empire.
As the White King springs his great traps and the Chromeria itself is threatened by treason and siege, Kip Guile must gather his forces, rally his allies, and scramble to return for one impossible final stand.
The long-awaited epic conclusion of Brent Weeks's New York Times bestselling Lightbringer series.
Lightbringer
The Black Prism
The Blinding Knife
The Broken Eye
The Blood MirrorThe Burning White
For more from Brent Weeks, check out:
Night Angel
The Way of Shadows
Shadow's Edge
Beyond the Shadows

Brent Weeks was born and raised in Montana. He wrote on bar napkins and lesson plans before landing his dream job years and thousands of pages later. Brent lives in Oregon with his wife, Kristi, and their daughters. Find out more about the author at www.brentweeks.com or on Twitter @brentweeks.