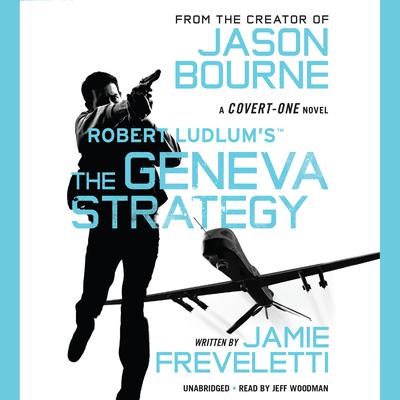 Jon Smith and the Covert One team begin a worldwide search to recover the officials, but as the first kidnapping victims are rescued, they show disturbing signs of brainwashing or mind-altering drugs. Smith's investigation leads him to Fort Detrick, where a researcher, Dr. Laura Taylor, had been attempting to create a drug to wipe memory from soldiers suffering from post-traumatic stress syndrome. But Dr. Taylor's research was suspended almost a year ago, when she was placed in a mental institution. Now, if Smith doesn't figure out the brainwashing drug, and track down the kidnapped Nick Rendel, the kidnappers will soon have the power to carry out drone strikes anywhere in the world....

JAMIE FREVELETTI is the internationally bestselling and ITW- and Barry Award-winning author of thrillers Running from the Devil, Running Dark, and The Ninth Day. A trial attorney with a diploma in international studies, she is an avid distance runner and holds a black belt in Aikido, a Japanese martial art. She lives in Chicago with her family.

ROBERT LUDLUM was the author of twenty-seven novels, each one a New York Times bestseller. There are more than 225 million of his books in print, and they have been translated into thirty-two languages. He is the author of The Scarlatti Inheritance, The Chancellor Manuscript, and the Jason Bourne series--The Bourne Identity, The Bourne Supremacy, and The Bourne Ultimatum--among others. Mr. Ludlum passed away in March 2001. To learn more, visit www.Robert-Ludlum.com.