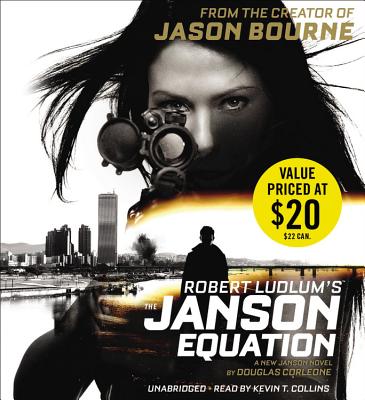 "That Janson is a complicated character makes him more interesting than most action heroes, while Kinkaid proves a capable sidekick. A number of swift, unexpected plot twists will leave Ludlum fans eager to see more in this franchise."
—Publishers Weekly on The Janson Command

"Loaded with all the intrigue, paranoia, and real-life parallels that made Ludlum famous."
—People on The Janson Directive

"Extremely engaging and agonizingly suspenseful, Ludlum's plot bolts from scene to scene and locale to locale-Hungary, Amsterdam, London, New York City-never settling for one bombshell when it can drop four or five.... wild, unpredictable and colorfully cast."
—Publisher's Weekly on The Janson Directive

Douglas Corleone is the author of the acclaimed Simon Fisk series of international thrillers, including Good as Gone and Payoff. His debut novel One Man's Paradise was a finalist for the Shamus Award for Best First Novel and won the 2009 Minotaur Books/Mystery Writers of America First Crime Novel Award. A former New York City criminal defense attorney, Douglas Corleone now lives in Hawaii with his wife and three children. You can visit him online at douglascorleone.com.
Loading...
or
Not Currently Available for Direct Purchase