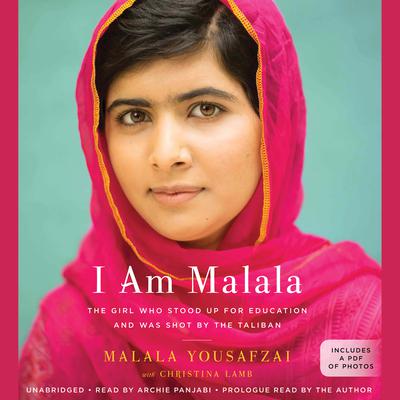 I Am Malala (Digital Audiobook)


As seen on Netflix with David Letterman
"I come from a country that was created at midnight. When I almost died it was just after midday."

Malala continues to champion universal access to education through the Malala Fund, a non-

profit organization investing in community-led programs and supporting education advocates around the world.

Christina Lamb is one of the world's leading foreign correspondents. She has reported on Pakistan and Afghanistan since 1987. Educated at Oxford and Harvard, she is the author of five books and has won a number of awards, including Britain's Foreign Correspondent of the Year five times, as well as the Prix Bayeux-Calvados, Europe's most prestigious award for war correspondents. She currently works for the Sunday Times and lives in London and Portugal with her husband and son.