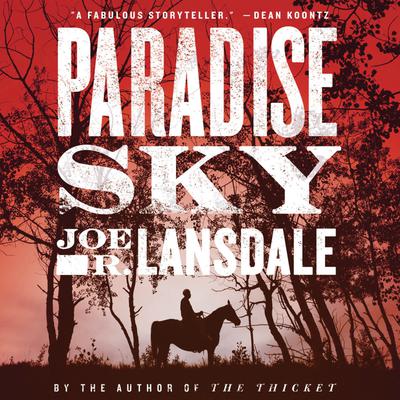 A Library Journal Best Book of 2015!
A rollicking novel about Nat Love, an African-American cowboy with a famous nickname: Deadwood Dick.

Joe R. Lansdale is the author of more than three dozen novels, including The Thicket, Edge of Dark Water, The Bottoms, and A Fine Dark Line. He has received the British Fantasy Award, the American Mystery Award, the Edgar Award, the Grinzane Cavour Prize for Literature, and nine Bram Stoker Awards. He lives with his family in Nacogdoches, Texas.