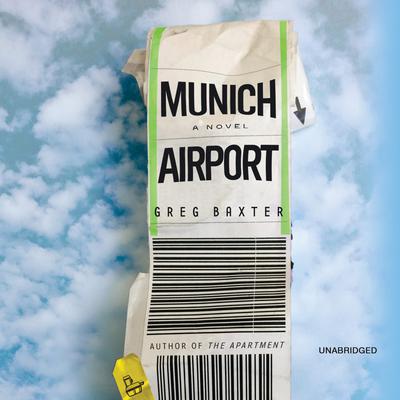 "A masterwork of minimalism." --Entertainment Weekly

From the critically acclaimed author of The Apartment comes a powerful, poetic, and haunting exploration of loss, love, and isolation, now available in paperback.

An American living in London receives a phone call from a German policewoman telling him the nearly inconceivable news that his sister, Miriam, has been found dead in her Berlin apartment-from starvation. Three weeks later the man, his father, and an American consular official named Trish find themselves in the bizarre surroundings of a fogbound Munich Airport, where Miriam's coffin is set to be loaded onto a commercial jet and returned to America.

Greg Baxter's bold, mesmeric novel tells the story of these three people over the course of three weeks, as they wait for Miriam's body to be released, grieve over her incomprehensible death, and try to possess a share of her suffering--and her yearning and grace.

With prose that is tense, precise, and at times highly lyrical, MUNICH AIRPORT is a novel for our time, a work of richness, gravity, and even dark humor. Following his acclaimed American debut, MUNICH AIRPORT marks the establishment of Greg Baxter as an important new voice in literature, one who has already drawn comparisons to masters such as Kafka, Camus, and Murakami.

Greg Baxter was born and raised in Texas. Over the last twenty years, he has lived variously in Ireland, England, Austria, Chicago, Louisiana, and Germany. He is the author of the critically acclaimed novel The Apartmentwhich Twelve published in 2012 and the memoir A Preparation for Death. He now lives in Berlin, where he writes and translates.