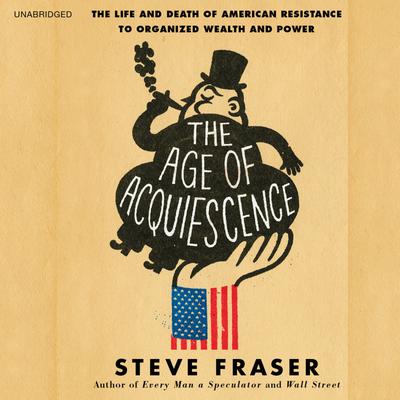 The Age of Acquiescence (Digital Audiobook)

Steve Fraser is the author of Every Man a Speculator, Wall Street, and Labor Will Rule, which won the Philip Taft Award for the best book in labor history. He also is the co-editor of The Rise and Fall of the New Deal Order. His work has appeared in the Los Angeles Times, the New York Times, The Nation, The American Prospect, Raritan, and the London Review of Books. He has written for the online site Tomdispatch.com, and his work has appeared on the Huffington Post, Salon, Truthout, and Alternet, among others. He lives in New York City.