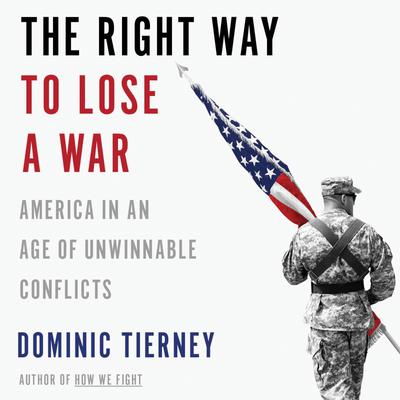 The Right Way to Lose a War (Digital Audiobook)


For nearly a century, up until the end of World War II in 1945, America enjoyed a Golden Age of decisive military triumphs. And then suddenly, we stopped winning wars. The decades since have been a Dark Age of failures and stalemates-in Korea, Vietnam, Iraq, and Afghanistan-exposing our inability to change course after battlefield setbacks.

Dominic Tierney is an associate professor of political science at Swarthmore College and holds a Ph.D. in International Relations from Oxford University. He is a senior fellow at the Foreign Policy Research Institute, a former visiting associate professor at Princeton University, a former research fellow at Harvard University, and the author of three books, including How We Fight and Failing to Win, which won the International Studies Association "Best Book of the Year" Award and was nominated for its "Best Book of the Decade" Award.