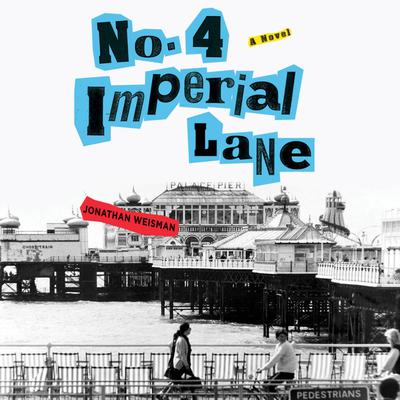 Amazon Best Book of the Month (Literature and Fiction)

Recommended New Books/A Guide to the End of Summer's Hottest Books, Salon
"Weisman has written a tragedy of rare power and richness...If lately you've been shuffling through too many novels that feel a little unambitious, vaguely sentimental, even adolescent, NO. 4 IMPERIAL LANE could give your summer reading some real depth." -Ron Charles, The Washington Post

From post-punk Brighton to revolutionary Angola, an incredible coming-of-age story that stretches across nations and decades, reminding us what it really means to come home.
It's 1988 at the University of Sussex, where kids sport Mohawks and light up to the otherworldly sounds of the Cocteau Twins, as conversation drifts from structuralism to Thatcher to the bloody Labour Students. Hailing from Atlanta, Georgia, David Heller has taken a job as a live-in aide to current quadriplegic and former playboy, Hans Bromwell-in part to extend his stay studying abroad, but in truth, he's looking to escape his own family still paralyzed by the death of his younger sister ten years on.

A sweeping debut by a seasoned political reporter, written in prose as lush and evocative as it is deeply funny, NO. 4 IMPERIAL LANE artfully shifts through time, from the high politics of embassy backrooms and the bloody events of a ground war to the budding romance found in pot-filled dorm rooms, and those unforgettable moments when childhood gives way to becoming an adult.

Jonathan Weisman is a Washington-based economic policy reporter for The New York Times. In his 25-year journalism career, he has covered the White House, national politics, and defense for the Times, The Wall Street Journal, The Washington Post, USA Today, and The Baltimore Sun, among other publications