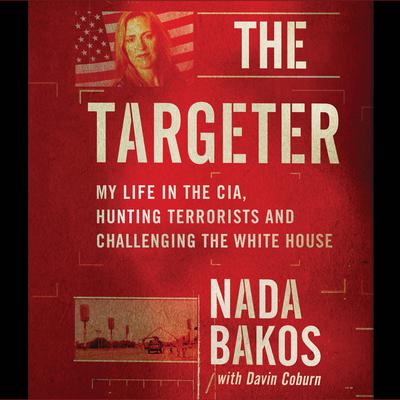 In 1999, 30-year-old Nada Bakos moved from her lifelong home in Montana to Washington, DC, to join the CIA. Quickly realizing her affinity for intelligence work, Nada was determined to rise through the ranks of the agency first as an analyst and then as a Targeting Officer, eventually finding herself on the frontline of America's War against Islamic extremists. In this role, Nada was charged with determining if Iraq had a relationship with 9/11 and Al-Qaida, and finding the mastermind behind this terrorist activity: Abu Musab al-Zarqawi. Her team's analysis stood the test of time, but it was not satisfactory for some members of the Administration.

In a tight, tension-packed narrative that takes the reader from Langley deep into Iraq, Bakos reveals the inner workings of the Agency and the largely hidden world of intelligence gathering post 9/11. Entrenched in the world of the CIA, Bakos, along with her colleagues, focused on leading U.S. Special Operations Forces to the doorstep of one of the world's most wanted terrorists.

Filled with on-the-ground insights and poignant personal anecdotes, The Targeter shows us the great personal sacrifice that comes with intelligence work. This is Nada's story, but it is also an intimate chronicle of how a group of determined, ambitious men and women worked tirelessly in the heart of the CIA to ensure our nation's safety at home and abroad.

Nada Bakos is a former Central Intelligence Agency (CIA) analyst on the team charged with analyzing the relationship between Iraq, Al Qaeda, and 9/11, and was the Chief Targeting officer following Abu Musab al-Zarqawi. Bakos was featured in the Emmy award winning HBO documentary, Manhunt, and has appeared as a guest commentator on Frontline PBS, CNN, ABC, MSNBC, FOX, NBC and as a resource for journalists at the New York Times, Wall Street Journal, Washington Post and other major international and national media outlets. After 20 years in the intelligence field and corporate world, Ms. Bakos is currently focused on national security issues and regional stability around the world.