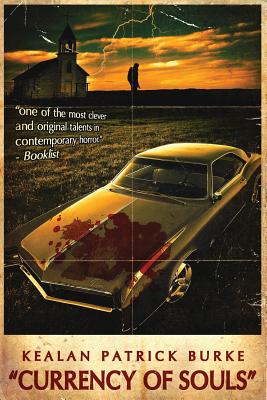 Welcome to Eddie's Tavern, the only functioning waterhole in a near-dead town. Among the people you'll meet tonight are: Tom, Milestone's haunted lawman, who walks in the shadow of death; Gracie, the barmaid, a wannabe actress, doomed to spend her hours tending bar in a purgatory of her father's making; Flo, the town seductress, who may or may not have murdered her husband; Cobb, a nudist awaiting an apology from the commune who cast him out; Wintry, the mute giant, whose story is told only in cryptic messages scribbled beneath newspaper headlines; Kyle, the kid, who keeps a loaded gun beneath the table; and Cadaver, who looks like a corpse, but smells real nice, and occupies his time counting stacks of pennies. And then there's Reverend Hill, who will be in at eleven, regular as clockwork, to tell them who's going to die, and who's going to drive. Welcome to Eddie's, where tonight, for the first time in three years, nothing will go according to plan...and Hell will come to Milestone.

Called "one of the most clever and original talents in contemporary horror" (BOOKLIST), Kealan Patrick Burke is the Bram Stoker Award-Winning author of five novels (MASTER OF THE MOORS, CURRENCY OF SOULS, THE LIVING, KIN, and NEMESIS), nine novellas (including the Timmy Quinn series), over a hundred short stories, and six collections. He edited the acclaimed anthologies: TAVERNS OF THE DEAD, QUIETLY NOW, BRIMSTONE TURNPIKE, and TALES FROM THE GOREZONE. An Irish expatriate, he currently resides in Ohio. Visit him on the web at http: //www.kealanpatrickburke.com or find him on Facebook at facebook.com/kealan.burke
or support indie stores by buying on
Copyright © 2020 American Booksellers Association