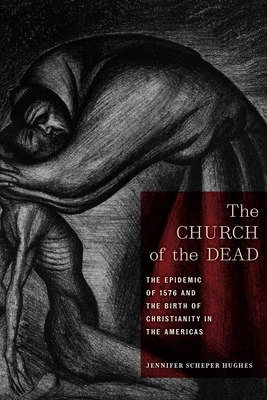 The Church of the Dead

Tells the story of the founding of American Christianity against the backdrop of devastating disease, and of the Indigenous survivors who kept the nascent faith alive

Many scholars have come to think of the European Christian mission to the Americas as an inevitable success. But in its early period it was very much on the brink of failure. In 1576, Indigenous Mexican communities suffered a catastrophic epidemic that took almost two million lives and simultaneously left the colonial church in ruins. In the crisis and its immediate aftermath, Spanish missionaries and surviving pueblos de indios held radically different visions for the future of Christianity in the Americas. The Church of the Dead offers a counter-history of American Christian origins. It centers the power of Indigenous Mexicans, showing how their Catholic faith remained intact even in the face of the faltering religious fervor of Spanish missionaries. While the Europeans grappled with their failure to stem the tide of death, succumbing to despair, Indigenous survivors worked to reconstruct the church. They reasserted ancestral territories as sovereign, with Indigenous Catholic states rivaling the jurisdiction of the diocese and the power of friars and bishops. Christianity in the Americas today is thus not the creation of missionaries, but rather of Indigenous Catholic survivors of the colonial mortandad, the founding condition of American Christianity. Weaving together archival study, visual culture, church history, theology, and the history of medicine, Jennifer Scheper Hughes provides us with a fascinating reexamination of North American religious history that is at once groundbreaking and lyrical.

Jennifer Scheper Hughes is Associate Professor in the Department of History at the University of California, Riverside and author of Biography of a Mexican Crucifix: Lived Religion and Local Faith from the Conquest to the Present.
Loading...
or support indie stores by buying on